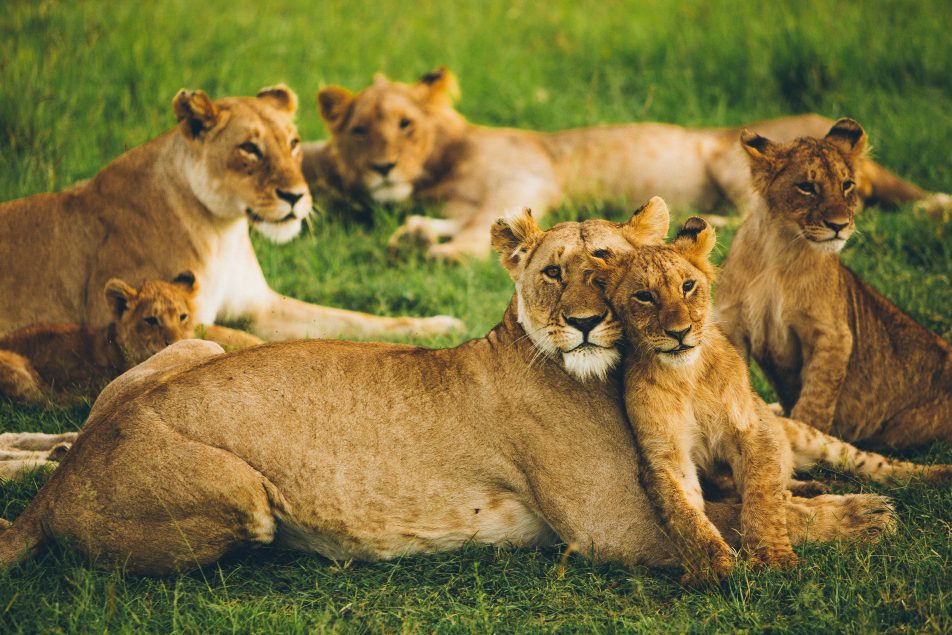 Kenya is a country located in Eastern Africa filled with rich wildlife. This beautiful countryside has a well developed populated area and a vast amount of open space where wildlife is abundant. Kenya offers a nice balance between urban and wild.

Kenya is famous for spotting the most celebrated animals. The “Big 5” consist of:

Elephants are one of the most intelligent family oriented species. Elephants are the largest land mammals in the world. These gentle giants live in parades or herds and work together to protect each other, keeping the young ones from predators. This love can be seen if you visit the David Sheldrick Wildlife Trust in Nairobi, Kenya. Orphaned elephants have been brought to the Trust for rehabilitation and socialization. Elephants already there welcome the new members into the herd. However, these are wild animals and if provoked, can be extremely dangerous. Lions are often recognized for their loud, rumbling roar which can be heard up to 5 miles (approximately 8 KM) away. This big cat has speed, grace and a formidable presence. They are a social animal living in prides of 15-20 cats, including multiple males. Female lions are primarily the main hunters. Male lions provide mating and security to the pride and are known to be one of the most fiercest predators on the planet. Leopards are fast and cunning. Even though they are one of the major predators in Kenya, they are still the smallest of the large cats. These predators often hunt from the trees as well as then take their prey up into the high branches to consume their kill and protect it from other predators who want to steal it. Cape Buffalo have an unpredictable nature which has caused them to be revered and respected. Lions and crocodiles are their biggest animal predators, however humans consider them to be a hunting trophy. Rhinos populate Kenya with over one thousand rhinoceros (black and white rhinos) calling this country home. Of these, about two thirds are the endangered black rhino. Rhinos have increasingly become victims of poachers who seek to profit from the sale of their horns. Due to the increased threat to these majestic creatures, park rangers routinely watch after these animals and look out for their safety. These animals are not the only amazing creatures you can find on a safari. You may luck out and spot some of these:

Giraffes are resplendent in this country. Three of the nine subspecies of giraffes found in the world are in Kenya. If seeing these animals is a dream of yours, then Lake Nakuru National Park, is the place to be, a sure destination for finding small herds of giraffes. If you desire to be up close to these majestic animals, you want to check out the Giraffe Centre in Nairobi, Kenya. At the Centre, one has the ability to feed these long legged and necked creatures directly – an unbelievable experience. Crocodile is the largest freshwater predator. The Nile crocodile, which inhabits Kenya, is one of the most dangerous species. They are responsible for hundreds of human deaths every year. Crocodiles are indifferent about their meals. They will feed on mammals, fish, birds, and reptiles. Lying patiently, they will wait till a suitable meal crosses their path. If you want to see these prehistoric reptiles up close, visit the Mamba Village in either Nairobi or Mombasa, Kenya. Hippos are semi-aquatic and reside predominantly in Kenya. At almost 3,000 pounds, these strong mammals can run speeds of up to 20 miles per hour for short distances. Hippopotamus are known as one of the most dangerous animals in the world and responsible for killing an average of 500 people in Africa per year. Cheetahs have declined in population over the last 100 years. Living predominantly in the Maasai Mara region, these exotic cats have been threatened by human population growth and disease. Kenya is one of the few remaining countries where cheetahs roam wild. Known for their agility and speed, they can reach over 70 miles per hour, making them the fastest land mammal in the world. Birds are abundant in Kenya with over 1000 species. From vultures to flamingos, eagles to ostriches, to the less known Masked Weaver or the lilac-breasted Rollers; all are creatures that will fascinate and delight you. Look for these birds while on safari in Samburu, Masai Mara, or Lake Nakuru National Park. Baboons tend to be organized into complex hierarchies and range in troops from 8 to 200 baboons. When baboons travel, they have a systematic organization and structure allowing the males to act as protectors of the females and infants. Wildebeest Migration in Kenya form a large migration in the Masai Mara. Hundreds of thousands of Wildebeest cross through the Serengeti from Tanzania to Kenya. While the actual migration process is longer, the peak time to witness this is from July through November. If interested in seeing baby wildebeest, look for them before or in the early stages of migration, usually around April. As you can see, a safari in Kenya is certainly a bucket list experience! 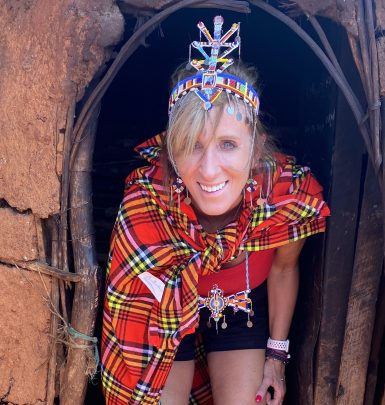 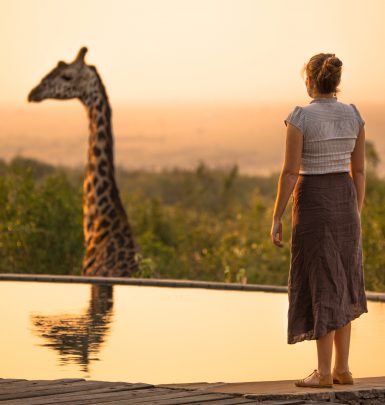 Next Story:
10 Reasons to Travel to Kenya

No comments to show.
× Close
↑